Has someone been ignoring your WhatsApp chat for days? It’s hard to tell the difference between being ignored and being blocked because WhatsApp has purposefully made it hard to tell if you’ve been blocked.

The first thing we’re going to do is to check the user in questions’ “Last seen” status. Find and open your chat with the user to start. If you don’t have a chat already open, find the user’s name and create a new chat. At the very top of the chat window, underneath their name, there should be a message like: “last seen today at 15:55”. If this message isn’t visible, then you may have been blocked.

Be careful, however, as not seeing this doesn’t mean you’re definitely blocked. WhatsApp has a setting to intentionally block “Last seen” status. To be sure, we need to find further evidence. If you can’t see their last seen, move onto the next step.

WhatsApp’s blue ticks are a great way to tell if your message has been sent and if it has been read. It’s also a telltale clue to tell if you’ve been blocked.

On its own, this might mean that the user has lost their phone or can’t connect to the Internet. But together with the first step, it suggests you’ve probably been blocked. We can’t be certain just yet, however. So if you’re seeing one tick, move onto the step below.

3- No Changes to Their Profile

If someone has blocked you on WhatsApp, their profile won’t be updated on your phone. So if they change their profile picture, you will still see their old one. On its own, an unchanged profile picture isn’t an amazing clue. After all, your WhatsApp friend may not have a profile picture or they may never update it (lots of peopleI don’t change theirs), but combined with the other two steps it can be decisive. We can still do better, though. If their picture is still the same, then let’s move onto the penultimate step.

4- Can You Call Them Using WhatsApp Calling?

If you’ve followed the steps this far, then there’s a good chance you’ve been blocked. But it’s not 100% certain… yet. In the final two steps we are going to prove the block beyond doubt. Start by finding the user in your list of contacts. Now try to voice call them.

Is the call going through? Is it ringing? Good news! You haven’t been blocked!

Or is it not connecting? This isn’t such good news. Either the user doesn’t have Wi-Fi or mobile data to be able to receive the call … or they’ve blocked you.

Time to find out once and for all.

This is it, time to find out if you’ve been blocked once and for all. So far, we’ve only gathered circumstantial evidence. Now we need to bring it all together.

Start by creating a new chat and adding a couple of friends to it. They should all be added easily, right? Good. Now try to add the suspected contact. If you can add them to the group then, regardless of the rest of the steps, you haven’t been blocked.

If you get an error message saying that you don’t have the authorization to add them, however, then I’m sorry to say that you’ve been blocked. While this might be a malfunction, if you can add other people while at the same time not being able to see whether the suspected blocker is online or be able to call or message them, then it is almost certain that you have been blocked.

If you see all of the indicators above for a contact, this could mean that the user is blocking you. However, there are other possibilities. We have made this intentionally ambiguous in order to protect your privacy when you block someone. Thus, we cannot tell you if you are being blocked by someone else. 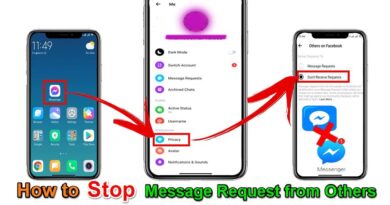 How To Stop Message Request from Others On Facebook Messenger 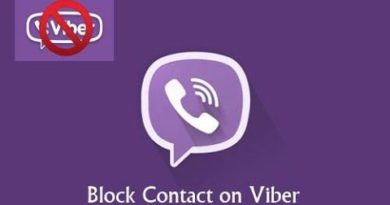 how to block in viber 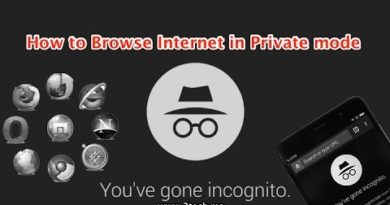 How to Browse Internet in Private